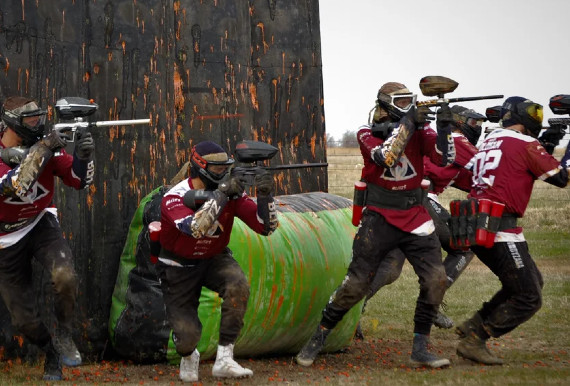 Playing paintball is always a lot of fun, but it’s even more fun when you’re playing with friends. And what is a paintball team other than a group of friends joined together to play paintball?

Most of these paintball teams are solely built to bring like-minded players together to have fun and play paintball. Speedball teams, on the other hand, are typically formed for the sake of competition, but only D1 – D3 teams take that competition seriously. Whereas D4 – D5 teams are mostly formed for the purpose of having fun.

Once you’ve made this decision, then you need to go out and find a paintball team in your area that matches the type of paintball you want to play. Of course, this is probably easier said than done…

Here are some techniques that may help you find (and join) a paintball team in your area.

How to Find a Paintball Team

If you’re trying to find a paintball team to join but not having any luck (or aren’t sure where to start) then here are some of the best pieces of advice I can give you.

Here’s my advice below.

Search online for a paintball team that you’re interested in joining and then contact members of that team via social media to see if you can meet up and play. You can also go play at some of your local paintball fields until you find a team you’d like to join.

This is probably the more effective method of finding a paintball team as you can increase your skill and make yourself more valuable at the same time you’re searching for a team.

Let’s delve into each method for finding and joining a paintball team below.

Play At Your Local Field

The most common way to join a new paintball team is to simply go out and play at your local paintball field (or fields). Practicing paintball will not only help you improve your skills, but it will also increase your chances of getting noticed by someone on the paintball team.

Fair warning though, don’t expect to receive any invitations after playing with a paintball team over the course of a single day. Instead, you’ll need to give it some time for the players to get to know you before asking to join their team. Of course, if they bring it up themselves that they’re looking for new members then it’s okay to ask for an invitation.

However, if the paintball team you’re trying to join is a competitive speedball team that’s ranked D1-D3 (maybe D4) then you may have to showcase your skills some before you can expect to receive an invitation to the team.

This is where all that practice comes in handy.

Pro Tip
Worried you’re not good enough to join a certain paintball team? Try asking if they need any help on their practice days. Unless they’re a hyper-competitive speedball team they may just allow you to come play.

Social media is the most effective tool for searching for paintball teams to join online.

No longer do you have to even leave the comforts of your home to talk to members of local paintball teams that you may be interested in joining. All you have to do is search for local paintball communities to join on platforms such as Facebook (Facebook groups), Twitter, and Instagram.

Personally, I’ve found Facebook to be the most effective form of social media for communicating with paintball players in your area. This is because Facebook groups have become widely popular in the past few years and almost every paintball player is a member of some paintball group that was formed around their particular state or region.

The benefit of being in a Facebook paintball group such as state+paintball or state+magfed, stock-class, speedball, woodsball, etcetera (Florida magfed, Texas speedball, and California paintball are some good examples) is it allows you to communicate with other local players and discuss paintball events in your area.

The next most effective tool for searching for paintball teams (to join) online is paintball forums.

Back in the day paintball forums were the best place to go if you wanted to talk to other paintball players online. Before social media, there weren’t that many websites for you to go to if you wanted to communicate with other like-minded individuals online. You essentially had forums and that was about it.

The cool thing about paintball forums is that some of the more popular forums (such as Pbnation.com and McarterBrown.com) have a section for each state or region (much like Facebook groups) that players can post in when they’re looking to join a new team. You can also post a thread that states you’re looking for a new team to join and other players will see that thread and decide if they want to (or don’t want to) invite you.

Having a good reputation on the forum you’re posting on will greatly help your chances of getting invited onto a team. Of course, after you play with that team for the first time then your skills and personality will have to take over from there.

However, if the only reason you haven’t been invited to join a paintball team is that you haven’t played enough to get noticed, then getting better may not even be necessary. But then again it kind of is necessary… Let me explain.

Not going to happen.

Be Friendly and Supportive

Being friendly and supportive won’t necessarily help you find a paintball team in your area, but it will help increase your chances of getting invited to a team.

You’d be surprised by how effective a good attitude and an uplifting smile can be for getting people to like you. In a world full of pessimists and Karen’s, it’s not that hard to stand out and be the positive change you’d wish to see in the world.

Thanks for coming to my Ted talk and good luck on your journey to find a paintball team to join! 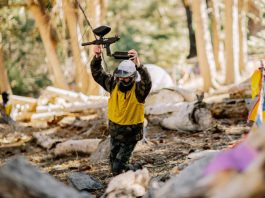 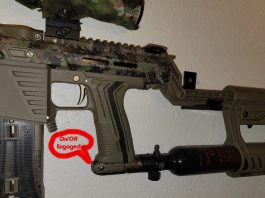 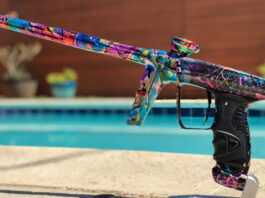