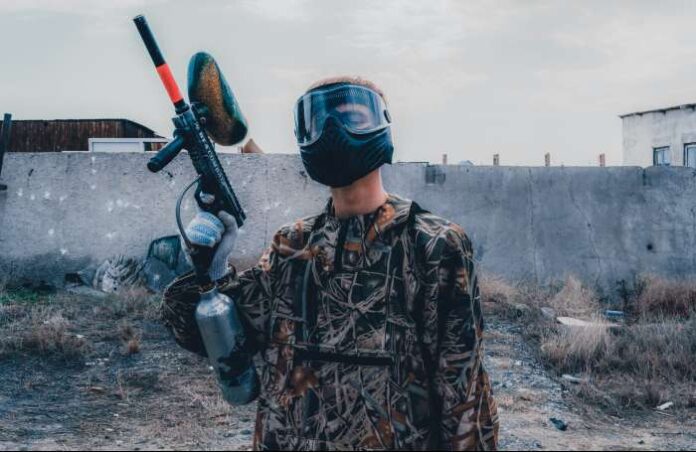 There are many misconceptions on how to make a paintball gun quieter. If you ask your average paintballer they’ll probably tell you to get a longer barrel or to lower your output pressure, but what works and what doesn’t?

To make your paintball gun quieter you can use a longer barrel with more porting, fine-tune your settings, upgrade your bolt, replace your o-rings, use paintballs the same bore size of your barrel, and attach a silencer on your paintball gun. Unfortunately, in the United States, it’s illegal to own a silencer unless it’s irremovable from your paintball gun or you pay a registration fee to the ATF and get approved to build your own.

We’ll talk more about that later.

Below I’m going to further explain all of the steps you can take to make your paintball gun quieter. I’m also going to denounce some of the common myths that you’ll often hear in the paintball community about reducing the sound signature of your paintball gun.

So without further ado, let’s quiet down those markers!

Use a Longer Barrel With More Porting

The easiest way to reduce the sound signature of your marker is to upgrade your barrel to a longer one with more porting. While the length of the barrel only helps to slightly reduce the sound coming out of your paintball gun, the porting is by far the more important factor for quieting down your marker.

Some of the quietest paintball barrels I’ve ever used are the Infamous Silencio, Stella Barrel Kit, and the Lurker Eigenbarrel (no longer made).

Warning! Having a longer barrel may reduce the sound signature of your marker, but after a certain length, you will start to lose efficiency as well.

One of the ways you can fine-tune your paintball gun to make it quieter is to lower the operating pressure of your marker and increase your dwell. This only works on certain paintball guns so make sure to do your research to see if it’s a good idea for your particular marker or not.

A simple method that may help reduce the sound of your paintball gun is to replace all of your o-rings. Old worn-out o-rings may not offer as good of a seal as new o-rings would and could allow some excess air to leak through and increase the noise profile of your marker.

Faulty o-rings can also cause an actual leak which isn’t so quiet either.

Use Paintballs the Same Bore Size of Your Barrel

Now you can’t expect a huge difference in noise reduction by simply matching your paintballs to your barrel, but it can make a slight difference if you weren’t doing it before.

Attach a Silencer On Your Paintball Gun

Disclaimer
I’m no professional when it comes to dealing with the ATF and building silencers. I’m just a paintball player who happens to enjoy writing and building websites. Don’t believe anything I say.

Of course, you can’t write an article about reducing the sound of a paintball gun without mentioning the holy grail of tactical accessories — the silencer.

Unfortunately, attaching a silencer to a paintball gun isn’t exactly legal in the United States, so unless you want to have the ATF knocking on your door (having flashbacks from the Netflix show Waco) then you may want to give up on the idea of having a silencer on the end of your paintball barrel.

Unless you’re extremely determined and willing to deal with all of the annoying paperwork, having to wait for the ATF to respond, designing a diagram of how you’re going to build the silencer, writing down every single step in excruciating detail, and pay the $200 (or more) registration fee to the ATF.

Now I know what you’re thinking.

Weld my barrel to my marker and a silencer to my barrel? Huh?

I know this sounds crazy but this is straight from the official website for the ATF. Do with this information as you will..

After reading the section above I would assume that you can build a silencer for a paintball gun as long as everything is welded together and the silencer can’t be removed from the marker unless you destroy the barrel in the process.

Now would I take my chances with the ATF and follow their guidelines for building a legal paintball silencer?

Not worth risking a felony for the sake of having a quieter shot.

There’s a lot of false information in the paintball community about how to make a paintball gun quieter.

Below are the two most common myths that you’ll often hear.

Use a Carbon Fiber Barrel

When I first started playing paintball one of the most popular, sought-after barrels on the market was the Stiffi carbon fiber barrel.

This barrel was extremely quiet and accurate and it seemed like everyone wanted one. Many players would even argue that the Stiffi was so quiet because it was made from carbon fiber and that carbon fiber barrels were quieter than barrels made from aluminum or stainless steel.

Of course, we now know this isn’t true as some of the quietest paintball barrels are made from aluminum, stainless steel, and even brass!

Check out this old forum thread on PbNation.com where someone tested the sound of 25+ barrels in decibels. The winner of the test with a 70.93 – 72.91 decibel rating was a nickel coated brass 14” .690 dual-spiral ported barrel by Palmer Pursuit Shop.

Add a Rubber or Cotton Pad to Bolt

This myth has mostly gone away over time, but back in the day, many players would try to dampen the impact of the bolt in their mechanical paintball guns (think Tippmann, Spyder, e.t.c.) by adding a thin rubber or cotton pad on the end of their bolt.

This is an awful idea and should be avoided at all costs. Interfering with the internals of your paintball gun is never a good idea and you can easily destroy your marker and possibly make things even louder (parts breaking inside your marker can make lots of noise).

At the end of the day, you have to ask yourself if it’s worth the effort to try to make your paintball gun quieter.

Even if you use a longer barrel with more porting, fine-tune your settings, upgrade your bolt, replace your o-rings, and match your paint to your barrel, it’s only going to help reduce the sound of your paintball gun so much.

I would recommend that most players simply upgrade their barrel and maybe their bolt if there’s a better one available. However, if you’re truly determined to make your paintball gun as quiet as possible then it may be worth attempting all of the extra steps.

Or maybe you’re better off buying a quieter paintball gun and not wasting your time? 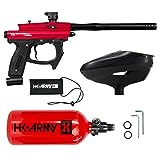