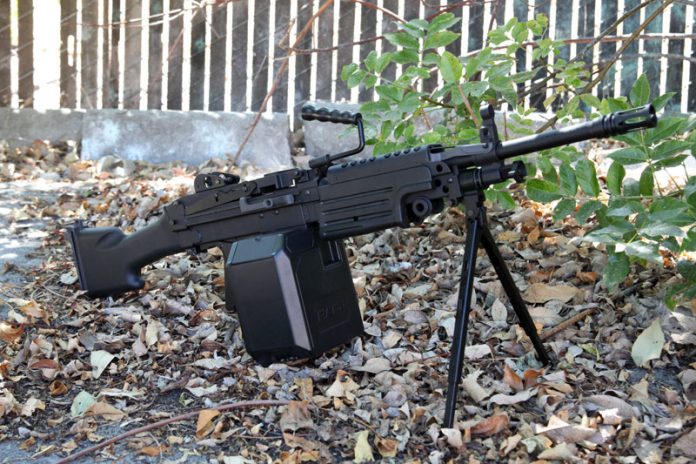 While some people want to spend as little money as possible to play paintball, others are more interested in doing exactly the opposite. To satisfy these die-hard enthusiasts, a few paintball companies have taken it upon themselves to manufacture markers that go way above and beyond the normal standard.

Even though most of these companies are manufacturing electronic markers designed for competitive speedball, there’s still plenty of high-priced paintball guns for the woodsball/scenario scene as well. In fact, some of the most expensive paintball guns in the world are actually created by RAP4 – a popular Milsim paintball company.

So no matter whether you’re a professional speedball player or a scenario fanatic, I’m sure you’ll be able to find at least one marker in this list that you would love to have. Personally, I would do almost anything to get my hands on the Breda M37 8mm Machine Gun by RAP4, but I’m looking forward to seeing which marker you like best in the comment section below.

The Breda M37 replica machine gun from RAP4 is one of the coolest looking Milsim markers that I’ve ever seen. Not only does the Breda M37 look cool and intimidating, but it also has the internals of an Automag RT Pro – one of the best mechanical markers ever made.

Included with the Automag internals are an X-valve, level 10 anti-chop bolt, and an ultra-light trigger pull kit. A custom electronic trigger has also been included with this marker as well to give you the ability to shoot semi-auto, 3 round burst, and full-auto.

And while the Q-Loader feed system may not hold a lot of paint, it does help out with keeping the look of an actual machine gun. The 30 pounds in weight is pretty convincing as well.

The T68 M240 paintball machine gun is yet another Milsim marker from RAP4 that is bound to grab some attention on the field. And while it’s all metal construction may be the reason for its 13 pounds in weight, it does give the T68 M240 a realistic look and feel that Milsim players love.

Equipped with a Firestorm trigger, this marker is capable of shooting semi-auto, three-round burst, and fully automatic. And unlike the Breda M37, this marker can operate on both CO2 and HPA, as well as use a regular paintball hopper to keep up with the firepower.

The Planet Eclipse Geo CSR is by far the most expensive speedball marker that you can currently buy. The Geo CSR is essentially the same as the Geo CS1, just with a few minor changes to the frame, body, POPS assembly, and eye cover. All of these changes (plus the addition of a new carbon fiber barrel system) make the CSR 3.5oz lighter than the CS1.

The days of dealing with an annoying microline getting in the way of your grip are finally over. The GEO CS1 from Planet Eclipse instead comes with a fully internal air passage, eliminating the need for any external hoses.

The CS1 has also eliminated the need for expensive 9-Volt batteries as well. All you need to power the CS1 is two AA batteries and you’re good to go. Don’t worry about having to stock up on lots of AA’s either, as a AA battery has about double the life expectancy of a traditional 9v battery.

While the Dye M2 was already one of the best speedball markers that money can buy, Dye decided to take it a step further and come out with the Dye M2 MOSAir – the most technologically advanced marker ever made. What makes the new MOS Air circuit board so impressive is its ability to wirelessly sync up with the Dye I5 e.VOKE kit to allow you to hear real-time information right in your hear.

Some of the information you can be alerted on include a game timer, shot tracker, elimination tracker, and even service alerts. You can also set up the training mode assistant to tell you how to properly run drills so you can practice important skills such as snap shooting.

Other useful features included with the M2 MOS Air circuit board include an Outlaw firing mode, 3 boot screens, black and white LED backgrounds (for night and day play), and wireless charging.

DLX Technologies has really outdone themselves this time by coming out with their most impressive marker to date – the DLX Luxe Ice. By combining aesthetics, ergonomics, and function, DLX made sure the Luxe Ice was built from the ground up to satisfy every need of the professional speedballer.

Besides being quiet, efficient, and extremely lightweight, this Luxe Ice is also one of the most comfortable markers I’ve ever laid hands on. In fact, everything from the ASA to the all-new vertical regulator was designed to maximize the number of ways you can comfortably hold this marker.

The OLED display on the Luxe Ice is extremely impressive as well. It comes with a variety of different firing modes and menu settings that allow you to control virtually every aspect of this marker. Voice feedback is even included to give the Luxe Ice a nice human touch.

The most impressive feature of the DAM though is its ability to shoot both regular and First Strike paintball rounds, as well as being able to switch between using a magazine-fed system and a loader-fed system at a moment’s notice. These two features alone revolutionize the woodsball game. 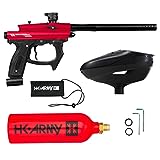