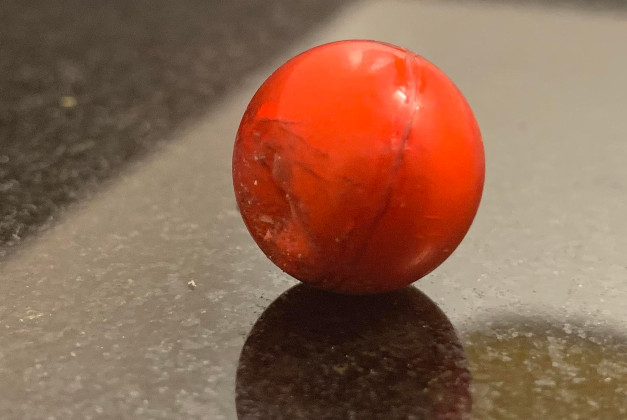 Self-defense is one of the most important topics when it comes to protecting you, your home, and your family.

Failure to properly prepare for self-defense (or home defense) will likely leave you in a bad position if something ever does happen. And while the most effective weapon for self-defense is a firearm, there are many reasons you may not want to go down that route.

So what’s a good alternative?

I’ve found Pepper Balls to be highly effective for both self-and-home defense. Plus, Pepper Balls are the perfect type of weapon for households where it could be unsafe to keep other (more dangerous) forms of weapons lying around.

So what are pepper balls exactly?

Pepper balls are .68 caliber projectile rounds that are similar to paintballs but instead of being filled with a paint-like substance, it’s filled with a powdered form of pepper irritant known as PAVA. PAVA (pelargonic acid vanillylamide) is a form of synthetic capsaicin, similar to pepper spray, that will cause a burning sensation if it comes in contact with the eyes, mouth, nose, or other private areas.

What Are Pepper Balls?

Pepper balls are paintballs filled with pepper spray (technically PAVA) that you can fire down-range 150+ feet with a device such as a paintball gun, paintball pistol, or even a flashlight!

When these pepper powder-filled paintballs come into contact with an object, person, or hard surface (such as the ground) they explode into a cloud of powder that can harm anyone within a 12-foot radius. And even though PAVA isn’t as incapacitating as oleoresin capsicum spray (pepper spray), it’s actually more harmful to the eyes and still has enough power to incapacitate a person by inflicting pain on their nose, mouth, and other more private areas as well.

This 12-foot cloud of pepper irritant powder can remain active in the air for up to 15 minutes at a time. However, this is only the case if the pepper ball breaks in a small confined area such as a hallway. If the pepper balls break in an open area then the cloud of incapacitating pepper irritant will dissipate much faster, especially if it’s windy outside.

Yes, pepper balls are filled with a pepper irritant powder known as PAVA that’s highly effective when used properly. Of course, pepper balls aren’t nearly as effective as a firearm or a knife for self-defense, but they do provide more incapacitating power than most other less-lethal weapons.

So how effective are pepper balls?

To answer that question, we first need to figure out how effective PAVA is.

Here’s what I found out.

So it seems that PAVA is most effective when it comes into contact with a person’s eyes. And while PAVA may not be as effective as pepper spray (except for inflicting pain to the eyes), it’s still considered to be “less-lethal” and not “non-lethal” so I wouldn’t want to come into contact with it.

Are Pepper Balls Good For Self-Defense?

Pepper balls are filled with pepper irritant powder so they work great for self-defense. This incapacitating pepper powder (known as PAVA) can inflict severe pain upon a person’s eyes and involuntarily cause their eyes to close.

However, unlike tear gas or pepper spray, PAVA doesn’t negatively affect the respiratory system and makes it difficult for someone to breathe. Although, PAVA may induce a coughing reflex if you breathe enough of it in.

There may also be a slight sensation of heat to the facial skin if your face comes into contact with PAVA, although it should quickly disappear once you’re no longer in contact with the pepper irritant powder.

No, pepper balls are not lethal. Even though pepper balls may inflict an extreme amount of pain and discomfort onto a person, it won’t actually kill them. At least not under any normal situation.

Of course, there are always extreme situations where something that’s normally not lethal becomes lethal. A good example of this would be if a person has an underlying heart condition (or some other extreme illness) that could cause them to not be able to handle the stress caused by the side effects of PAVA.

Can You Shoot Pepper Balls Out Of a Paintball Gun?

Can You Use Pepper Balls for Home Defense?

For example, if there’s an intruder in your home and you try shooting them with an actual firearm then there’s a good chance you may miss at least one of those shots, if not more. And each one of these bullets can easily kill someone in your house (or even your neighbor) just as easily as it can kill the intruder you’re aiming for.

Related: How Long Do Paintballs Last and How to Store Them Correctly

Fortunately, this isn’t a problem when using pepper balls for home defense. No longer do you have to carefully aim and only pull the trigger once you’re absolutely positive you can hit your target. Now you can fire upon the intruder as soon as you come into contact with them, hopefully scaring them away, if not incapacitating them with a huge cloud of man-made pepper irritant.

You can even shoot multiple pepper balls into a confined area such as a stairwell or hallways that the intruder has to walk into to make reaching you nearly impossible. At least not possible without suffering a severe amount of pain and discomfort.

How to Shoot Pepper Balls With a Paintball Gun

Read More: How to Use a Paintball Gun