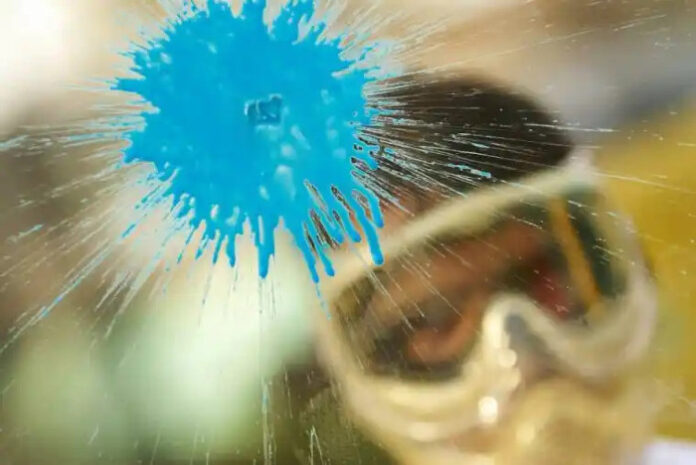 Okay, maybe that’s a little excessive. But there are certainly some people who don’t want you playing paintball near their home. And it’s not always because they’re a “Karen” either.

It could simply be because they don’t want anything (or anyone) on their property getting damaged or hurt by a random incoming paintball. After all, who wants to have to replace their home or vehicle window just because some teenagers (or young adults) wanted to play paintball next to their home. I know I wouldn’t.

But let’s say you’re playing next to your own home. Should you even worry about breaking a window on your home or vehicle? Is it even possible for paintballs to break glass?

The different types of glass include:

The strongest type of glass, and the type that will be least likely to break if shot by a paintball from a paintball gun, is tempered glass. Tempered glass is toughened to be 4-5 times stronger than regular annealed glass through a process known as heat treatment.

However, when tempered glass does break it effectively shatters into many different pieces, although none of the pieces will be sharp or cut you. Laminated glass, on the other hand, is much more likely to break, but this is because laminated glass is two panes of annealed glass with a layer of resin, known as polyvinyl butyral (PVB), between the two layers of glass.

Here’s a great video that does a better job than me describing the different types of glass mentioned above.

Yes, paintballs can break a home window. However, there are certain windows, such as those made from tempered glass, that will be more resistant to the damage caused by an incoming paintball. The other form of glass commonly used for home windows is annealed glass, but this type of glass is much easier to break.

However, most home windows that are made with annealed glass are either double or triple glazed. This means the window is made with two or three panes of glass with a small amount of space (somewhere between 6mm to 20mm) between each pane of glass. The space is typically filled with either air or an insulative gas such as argon.

Read More: How Far Can a Paintball Gun Shoot?

The benefit of a window having multiple layers of glass is that if you shoot it with a paintball gun it more than likely won’t break more than the first layer. Unfortunately, the window will still have to be replaced.

While it’s possible to break a vehicle window by shooting it with a paintball gun, it’s highly unlikely unless the integrity of the window is already compromised. This is because vehicle windows are made from tempered and laminated glass, both of which are highly durable and hard to break.

However, even if a paintball manages to break laminated glass it’s never going to break through all of the layers of glass and PVB (polyvinyl butyral). Instead, it’s more likely to cause a small crack on the windshield that’s more of a nuisance than anything.

Unfortunately, paintballs can’t be frozen by simply placing them in the freezer. While the shell may harden some and the paint-fill will thicken into more of a goo-like substance, it still won’t be anywhere near frozen.

Related: What Are Pepper Balls? | Are They Effective For Self-Defense?

Here’s a cool video below that shows you the different ways to freeze paintballs.

Or you could simply buy some solid paintballs from Amazon and call it a day. Depends on how determined you are to break glass (or windows) with a paintball gun. 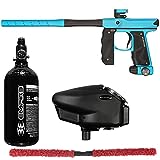 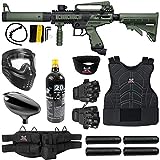