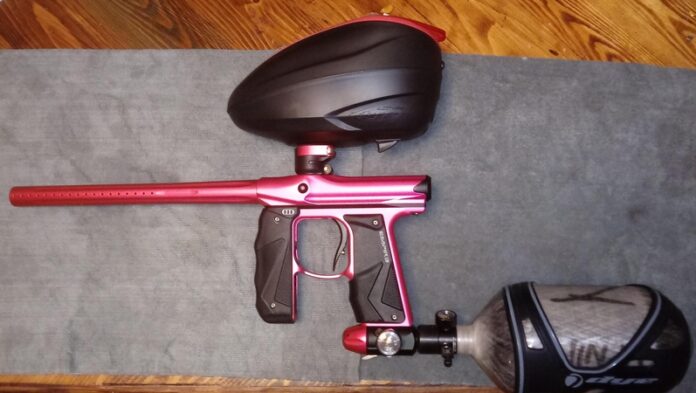 Are you tired of losing to players using high-end tournament markers, but don’t want to spend over $1000 to buy one for yourself?

Don’t worry, you don’t have to.

All it takes is $400 or less and you’ll be able to compete against those high-end electros in a tournament setting. How so you ask?

With the Empire Mini GS, that’s how!

Okay, okay.. You’ll still have to buy an HPA tank and a loader, but for the low price of $400 or less, the Empire Mini GS is by far one of the best paintball guns for speedball players on a budget.

And while this electro-pneumatic paintball gun may be small in size, weight, and price, it still comes with everything you need to hold your own in a tournament setting. Making it the perfect marker for players who want to be able to compete at a professional level, but yet don’t want to spend an arm and a leg just to make that happen.

I will admit the Mini GS isn’t for everyone though, so you may want to continue reading this Empire Mini GS review to see if it’s the right paintball gun for you.

The main reason so many players are attracted to the Empire Mini GS (See price on Amazon.com) is because of its compact size. In fact, the “Mini” GS is considered by many to be the smallest electronic paintball gun on the market. And from my research, I believe this to be true.

Now as I mentioned earlier, the Empire Mini GS isn’t for everyone. If you have really big hands or simply want a paintball gun with more hand space in general, then you may want to consider buying a marker such as the Dye Rize CZR.

But if you do have smaller sized hands, or you’re younger in age, or you simply like the compact size of the Mini, then the Empire Mini GS may just be the right paintball gun for you. 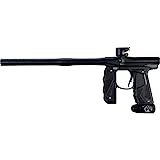 While I personally like my paintball guns with a little more hand room, many players love the design of the Empire Mini GS and find it extremely comfortable to use.

One of the improvements on the Mini GS that isn’t on the regular Empire Mini is the addition of the wrap-around rubber foregrip. The new rubber foregrip makes the Mini GS more comfortable to hold and helps ensure that you don’t lose grip when you’re out running and sliding on the field. Even when it’s rainy and muddy outside you won’t have to worry about losing grip like you could with the regular Mini.

The trigger-frame grip was also re-designed to help ensure that you have superior handling at all times. Even when you’re not wearing gloves. And unlike other paintball guns in this price range, the Mini GS comes with no external air hose so swapping your marker from hand to hand will be no problem.

Oh, and you can’t forget about the new self-lubricating trigger bushing either. This useful feature helps by reducing friction for a smooth trigger pull.

The Empire Mini GS is one of the best speedball guns under $400.

But what exactly makes the Mini GS such a great paintball gun for speedball?

For starters, the Mini GS comes with an impressive inline poppet bolt system that’s not only efficient on air, but also easy on paint, easy to clean (few o-rings), low on maintenance, low on recoil, quiet, and overall has very little that can go wrong.

In addition, the Mini GS also comes with a lightweight frame (1.9 pounds with barrel), low profile regulator with lever On/Off ASA, two-piece barrel system, and a new and improved glass-filled nylon composite feed neck with an aluminum clamping lever. The lever On/Off ASA is especially useful since it allows you to degas your marker without having to worry about frying any O-rings.

Another nifty feature is the microswitch trigger activation. With the microswitch, you can easily adjust the amount of trigger pull needed to activate the trigger and shoot the marker.

The Mini GS has a maximum RoF (Rate of Fire) of 20 bps (balls per second) and comes with 4 firing modes:

I’m sure by now you can see why so many speedball players are drawn to the Mini GS from Empire Paintball. Now let’s get to the pros and cons of this speedball gun.

I hope you enjoyed this review of the Empire Mini GS.

While I personally think the Mini GS is too “miniature” for a person my size, I have to admit that it’s one of the best speedball guns on the market for under $400. The Empire Mini GS is not just a great paintball gun for speedball either, it can also perform extremely well in a woodsball or scenario setting.

And while the Mini GS may not come with all of those nifty features that you typically find on a high-end electro – OLED screen, toolless design, etc. It can definitely compete against the $1000+ tournament paintball guns with no problem.

Just check out other consumer reviews online (Link goes to Amazon.com) to see what other players have to say. I’m sure you’ll find that the Empire Mini GS won’t let you down. You can also check out our guide of the Top 10 Paintball Guns Ever Made if the Mini GS doesn’t seem like the right fit for you. 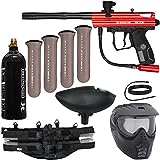 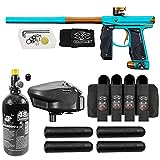 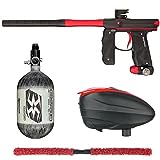