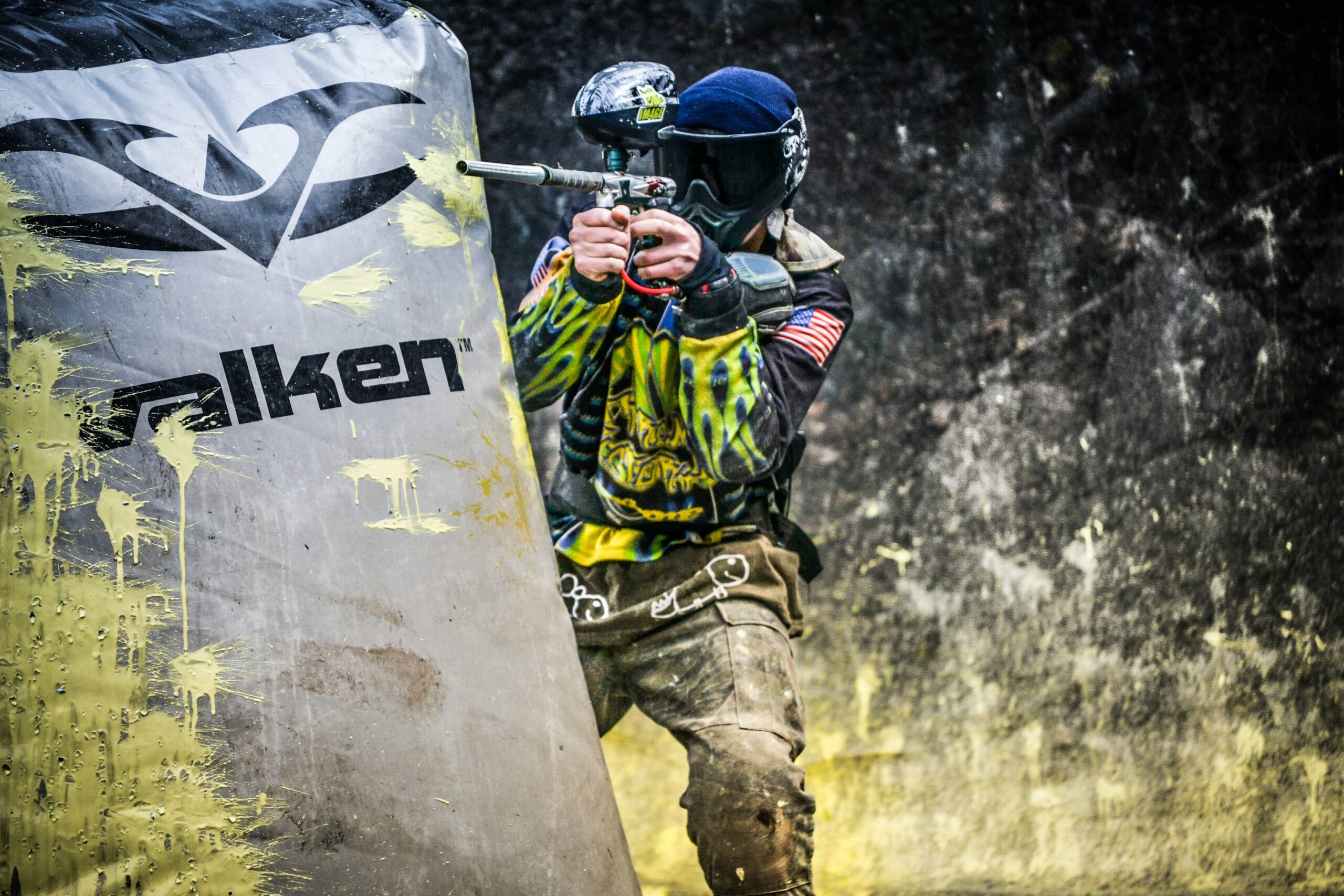 Despite popular belief, paintball is actually one of the safest extreme sports that you can play.

The reason paintball is so safe is because every paintball field has a list of safety rules and regulations that all players must follow. These paintball rules are specifically designed to keep you and the other players around you safe at all times.

Failure to properly follow these rules and regulations could get you kicked off the field and possibly banned from coming back. Of course, this depends on the severity of the rule (or rules) that was broken.

Don’t let this intimidate though, you’re not going to be kicked off the field just because you accidentally break a rule. The field owners and referees are very understanding and know that people are bound to make mistakes – especially beginners

Below are the 10 most important rules for you to follow when playing paintball for the first time.

1. Paintball mask must be worn at all times

Never EVER take off your safety goggles when on the paintball field or in the chrono area. This is by far the most important rule in paintball and for good reason.

If you get shot in the face by a paintball and you’re eyes are not protected by a lens you could possibly go blind in one or both eyes.

So fair warning, leave the mask on.

2. Barrel sleeve must be placed on end of barrel when not playing

Before you step off the field or leave the chrono area you first need to make sure to place a barrel sleeve on the end of your barrel. This will protect you and those around you if you accidentally pull the trigger and cause the marker to fire.

3. No blind firing is allowed

This rule is simple. Never hide behind an obstacle and shoot at a target that you can’t see with your own eyes. This is called blind firing and it’s not allowed.

Not only is it unfair, but it’s also dangerous. This is because there’s no way to tell if you’ve eliminated a player or not unless they yell that they’re eliminated loud enough for you to hear.

4. Raise your hand and say OUT or I’M HIT when eliminated

Whenever you get eliminated from the game it’s important that you let everyone around you know that you’ve been eliminated.

Not only will this keep your opponents from bonus-balling you, but it will also inform your teammates that you’re no longer able to watch their back.

If you’ve been hit by a paintball but you’re not sure if it broke upon impact then you can call paint check if there’s a referee is in the area. Calling paint check will force all players to stop shooting at you until a referee is able to check your body and marker/air tank/hopper to see if you’re eliminated.

Whenever you call paint check on yourself you’re not allowed to move either so use it wisely. You can also call paint check on an opponent if you’re positive you shot them but they either didn’t notice or are cheating. Only do this if the ref is nearby.

The second most important rule for paintball safety is to never set your maximum velocity over 280 to 300 fps (feet per second). Anything over this velocity could possibly injure someone if they’re shot up close.

Make sure to learn the rules at your local field before you play as not every field has the same maximum velocity.

6. No climbing on bunkers

This rule is pretty self-explanatory. No climbing on top of bunkers or over any type of obstacle on the field.

This includes no jumping through fort windows either as you could easily trip and fall and injure yourself if you’re not lucky. This is even more likely if you’re being shot at by paintballs at the same time you’re trying to climb over something.

7. No alcohol or drugs are permitted on the field

While paintball is meant to be played for fun, it’s not a suitable environment for drugs and alcohol.

A good majority of the players you’ll be playing with are going to be young children (10-12) and teenagers so please be mindful of the younger players.

When playing paintball it’s important that you be kind towards other players and leave all anger and unsportsmanlike conduct at home.

After all, paintball is a sport that’s meant to be played for fun. Not for players to use as a tool for anger management.

So please no shooting players up close, bonus-balling, or talking to other players in a mean or demeaning manner.

9. Use the surrender rule

In an attempt to prevent players from getting hurt most paintball fields have implemented a surrender rule that forbids anyone from shooting an enemy player within 10 to 15 feet.

To use the surrender rule all you have to do is yell “SURRENDER” or “SURRENDER YOU’RE OUT” once you’re within 15 feet of an opponent and then they’ ’re eliminated from the game.

The only problem with this paintball rule is that a lot of players don’t follow it. Most players either forget about it in the heat of the moment or are too competitive to accept their fate.

For this reason, you have to be mindful of when to use the surrender rule and when it’s better to just aim for something hard like a pod pack so that it won’t hurt the other player.

Another form of the surrender rule that you can use is called the barrel tag. In order to barrel tag your opponent you first have to sneak up on them and then lightly (emphasis on lightly) tap that player with the end of your barrel and say “barrel tag” or “barrel tag you’re out”. This form of the surrender rule typically works better as most players won’t try to shoot you with a barrel pointing at them point-blank.

10. Listen to the referee at all times

One of the best paintball tips for beginners is to simply listen to the referee.

This is because the ref’s main job is to keep you and all the other players on the field safe at all times. As you long as you follow their rules and listen to what they have to say you should be good to go.

Just don’t expect your local paintball field to have professional referees or anything. After all, most of the refs are either teenagers or young adults who aren’t even being paid an actual wage.

If you’ve never stepped foot on a paintball field before then you might find yourself a little concerned about the safeness of the sport – don’t be.

You’ll find a list of safety rules and regulations similar to this list at every paintball field you go too. Just remember to follow these rules and don’t be afraid to tell the ref or an employee of the field if you notice another player breaking the rules.

Paintball safety should always be taken seriously so that nobody gets hurt or injured. 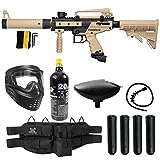